New Horsepower on the MFTR 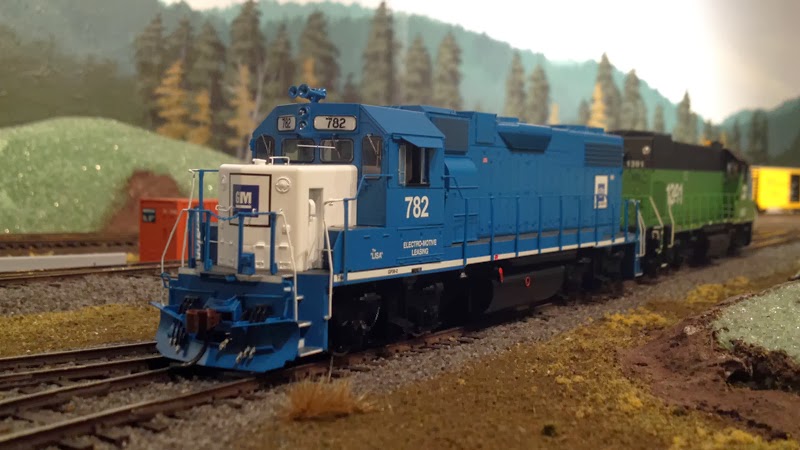 As production began to ramp up at Lehigh Cement, the MFTR found themselves in need of additional pulling power to handle the increase in rail traffic. That power has arrived on the railroad as a lovely blue and white GP38-2 leased from EMD leasing.

I splurged last week and bought an Athearn Genesis GP38-2 installed with Tsunami Sound for my little layout.  I don't normally spend this kind of money, but I've been dying for an engine in this paint scheme for several years now... so there she is.

As far as I can tell, real EMDX #782 is hard at work in Dallas right now, however in my imaginary world EMDX simply leased it to the MFTR instead. 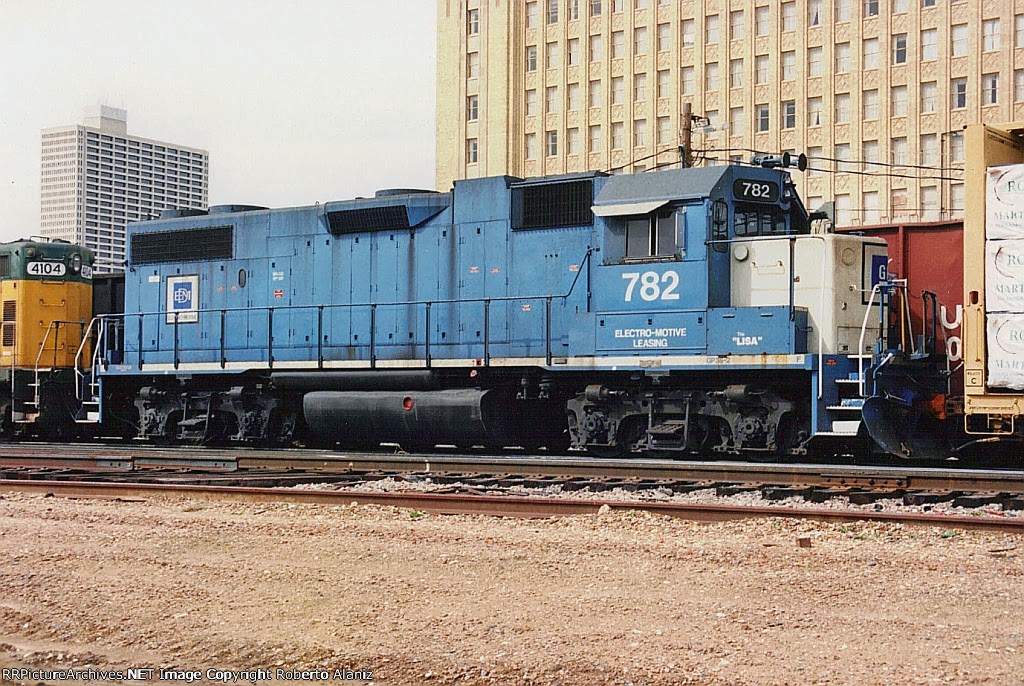 My two engines look so great lashed together I decided to create a short video to show them off and also to give you an idea of how I operate my model railroad.

UPDATE: Andrew from the Model Railroad Hobbyist forums shared this photo of #782's sister unit #778 being utilized on the Kettle Falls branch which just happens to be located right next door in the valley just beyond those mountain peaks I painted on my backdrop. Good to know I got at least one detail right on my railroad! The little engine that DID IT! 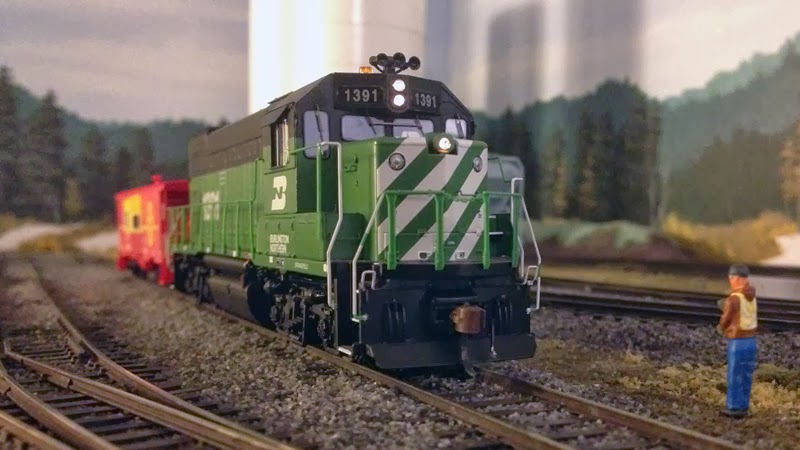 My little Athearn GP15-1 did something tonight that it has never done to date...

...It made it through an entire operating session without stalling once!  I don't know how it did it, and it's never done it before, but (knock on wood) let's hope that this becomes the norm and not the exception because dang it, this little Geep has been a nothing but a huge frustration for me so far!
Posted by Matt at 8:53 PM 2 comments: