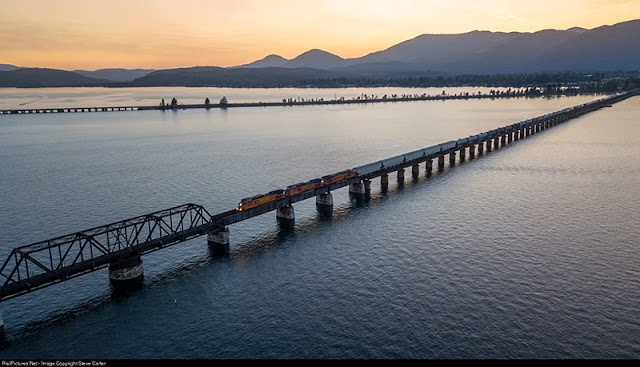 A train on the main line of BNSF’s Kootenai River Subdivision crosses the Pend Oreille River in the evening hours heading out from Sandpoint ID.
Posted by Matt Forcum at 8:44 AM No comments:

Good Things Come to Those Who Wait

Welp, my old house is finally on the market and I can take a moment or two to relax and collect myself before I roll up my sleeves and get to work prepping my new layout room. It's taken longer than anticipated to get to this point, but I'm glad I am here now!

I haven't done much model railroad-related in the last few months unfortunately, but I did purchase a couple of box cars. Now, I've told myself for some time that I have more than enough freight cars for my railroad but, as many of you probably know by now freight cars are like skittles; One or five of fifty five is just never enough.

The first car I purchased was an Exactrail Trinity 6275 Boxcar. I actually owned one of these already and I absolutely loved it. I wanted another for years, but Exactrail had sold out of stock completely and second hand models were going for ungodly amounts of money on eBay.  I held off buying one for many years hoping that Exactrail would re-release the car and Thankfully they did!  I snatched one up as quickly as possible (which was a good idea because they sold out again in an insanely short amount of time) and now it sits on display next to my original car. Both are waiting patiently for me to get around to weathering them. 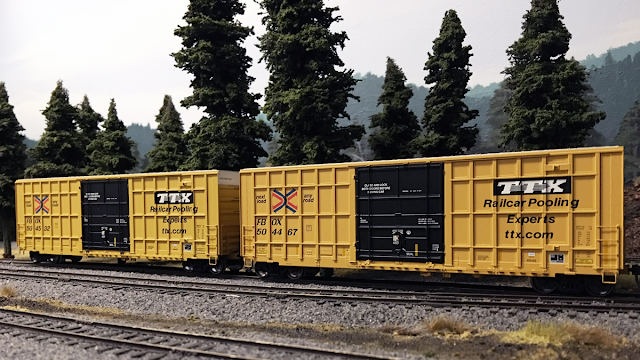 The second freight car I purchased was a Pend Oreille Valley (POVA) Boxcar. I was turned on to this car by a fellow Pend Oreille Valley modeler who reached out to me one day to say "Hi!"  He lives in the area and has a wealth of knowledge on the railroad as well as a large library of old pictures and maps of the region. (I'll be sharing some of that in future posts).  I'm very thankful and lucky to have met him as I can now count the number of modelers I've found besides myself that are modeling the POVA area on exactly one finger!

The freight car was advertised on Ebay as "New in Box" and in classic Ebay fashion, It arrived as anything but.  The axels were broken off, handrails were busted, coupler boxes were missing, etc. I am glad to have it as part of my collection, but it will need quite a bit of work to get it back in shape. 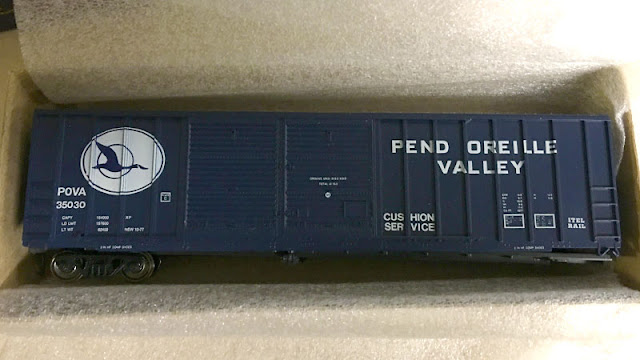 Both of these freight cars are special to me though as both of them are cars I never expected I'd one day acquire.  It just goes to show that good things come to those who wait!
Posted by Matt Forcum at 6:45 AM No comments: